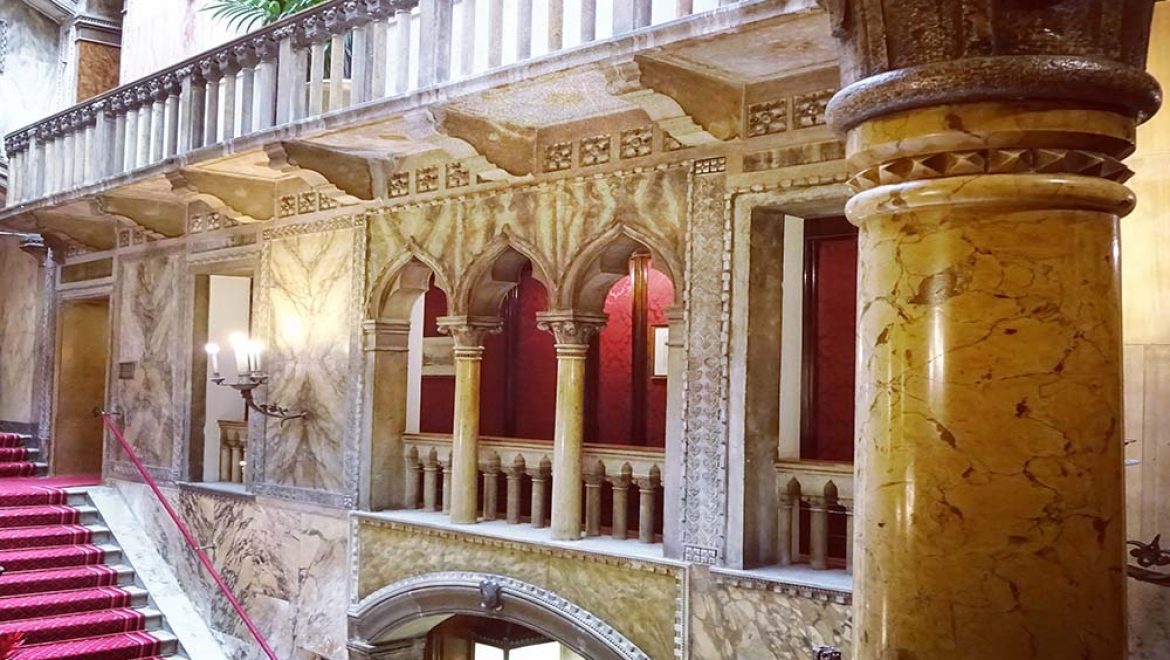 What is this special thing which attracts us more towards certain destinations than others? How come most of us dream of visiting Venice in Italy and how come I always wished to discover its Hotel Danieli?

When I finally got the incredible chance to visit them, I realized that they both gave me the impression I was entering a universe which could only be understood once you had set a foot in it.

Believe it or not but Hotel Danieli’s specificity is that the elements which are usually perceived as disturbing and troubling, turn into shining diamonds and make you ask for more!

Indeed, a sense of kitschness appears all around the place which seems to have been a must to achieve the palace’s perfection and its well-deserved fame. There is a surplus of decorations, statues, carved wood and gold but it never bothered me; it is exactly what such a place needed as it succeeded to pull it out of the transparency and infinity of the surrounding lagoon water.

The building is a mixture of different architectural streams, reflecting the place’s history filled with Renaissance, Baroque and Moresque influences which are as visible, beautiful and artistic as graffiti masterpieces on our city walls.

These influences give the feeling of entering a museum which slowly but surely welcomes you into its authentic and shy beauty and invites you to uncover some of its mystery in its spacious lobby, which reveals Venice’s secret to success: don’t satisfy yourself with one and only spot, open your eyes and mind, try all that attracts you and only settle for the one that makes you feel at ease, satisfied and happy.

You will soon understand that this mission is not simple and may take a lot of your time as there are so many mesmerizing details and views which will literally take your breath away and keep you from settling down. A bit like our existence, which offers so many possibilities and makes us understand that decisions are half a chance and will always be influenced by new and hidden details, which we didn’t notice before but suddenly seem to be the path that will lead to exciting horizons.

I suggest you carefully look at the ceilings which are true masterpieces and the shining and colorful Murano chandeliers. You will be thunderstruck by the daring mixture of wood, glass, flashy and classic colors, which, once more underline that in art and culture the prettiest mixtures are unconventional and unexpected.

You will have the impression that, just as Venice-born Cassanova, the Danieli is trying to seduce you and playing with your feelings and you will eventually get lost in its gorgeous and magnetic tentacles; the staircases and corridors which will lead you to the profundity of the premises.

The staircases are bright and give the feeling that everything is within reach, especially when standing on the balconies that offer an unprecedented (over)view on all that is happening in the hotel. Indeed, you have the impression to oversee the reception desk, the lobby and, more importantly, the corridors, these stairways to the imagination.

This is where you will get closest to the unknown while wondering and wandering around. You will want to know what were Charles Dickens’ thoughts when he stayed here, whether Lord Byron’s writings were influenced by his stay at the palace, whom Johann Wolfgang von Goethe met on the stairs and whether George Sand’s and Alfred de Musset’s happiness could be noticed by other guests.

But mostly, you will realize that it is impossible to describe what is the feeling that accompanied you throughout your visit as it is a mixture of a million sensations which play hide-and-seek with you, turning this jewel into a must! 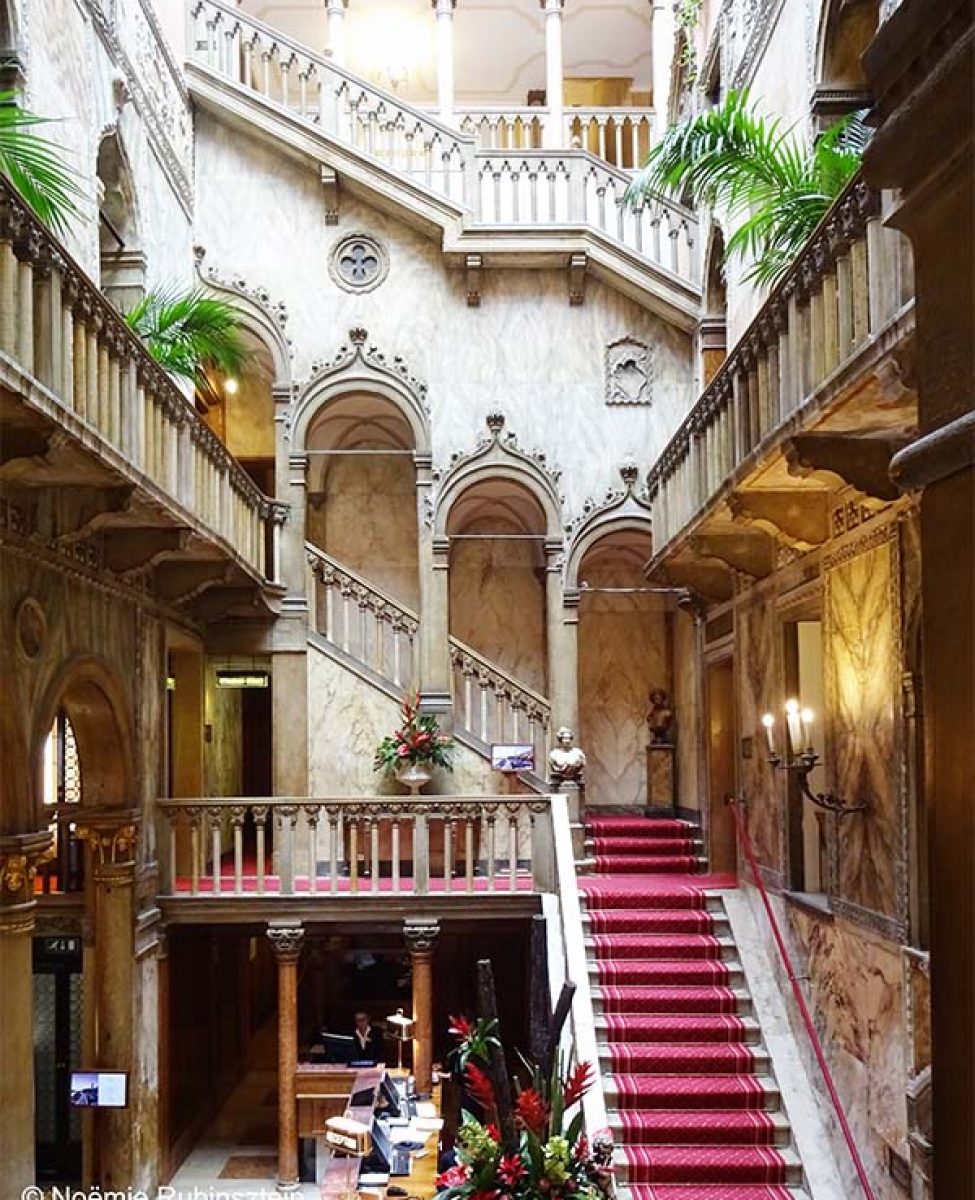 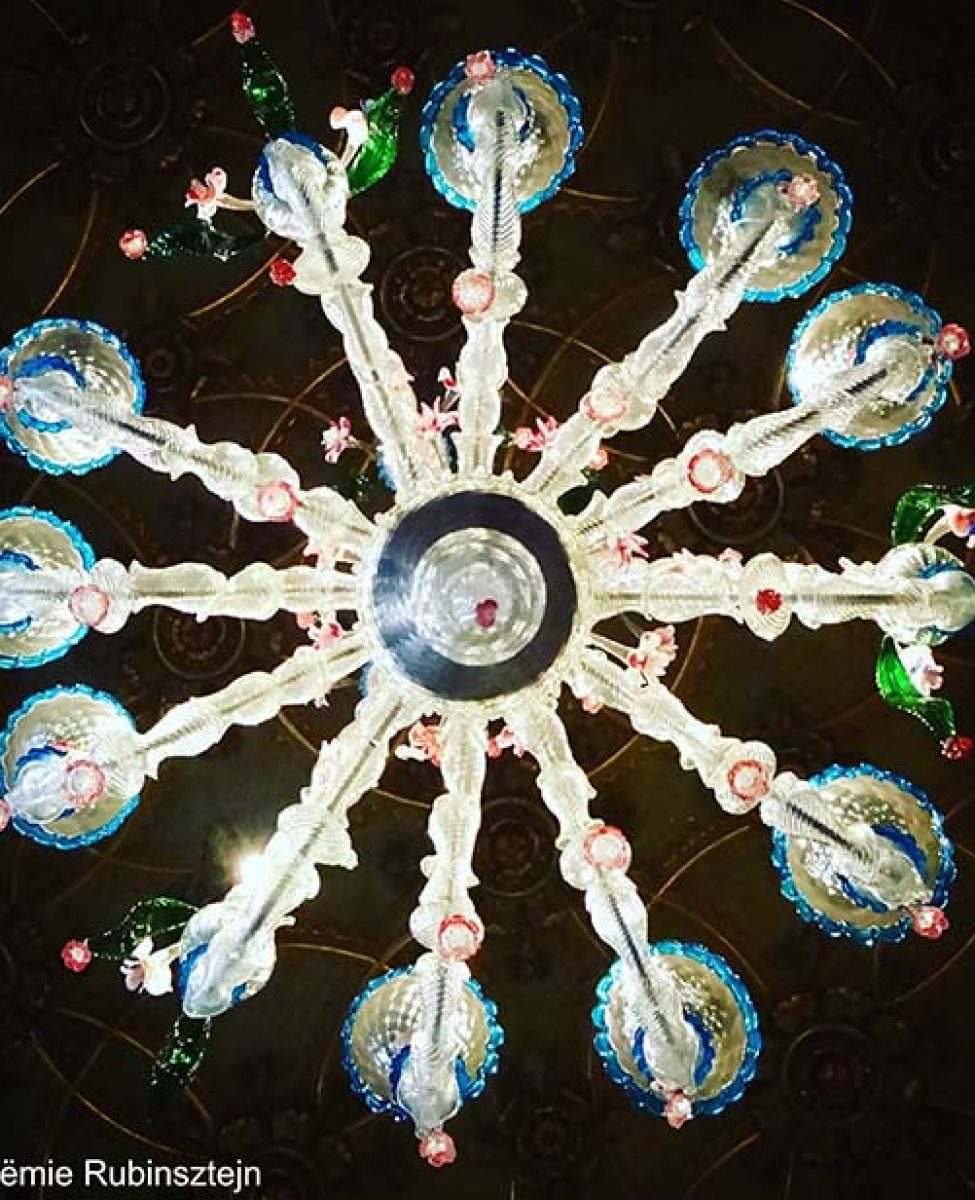 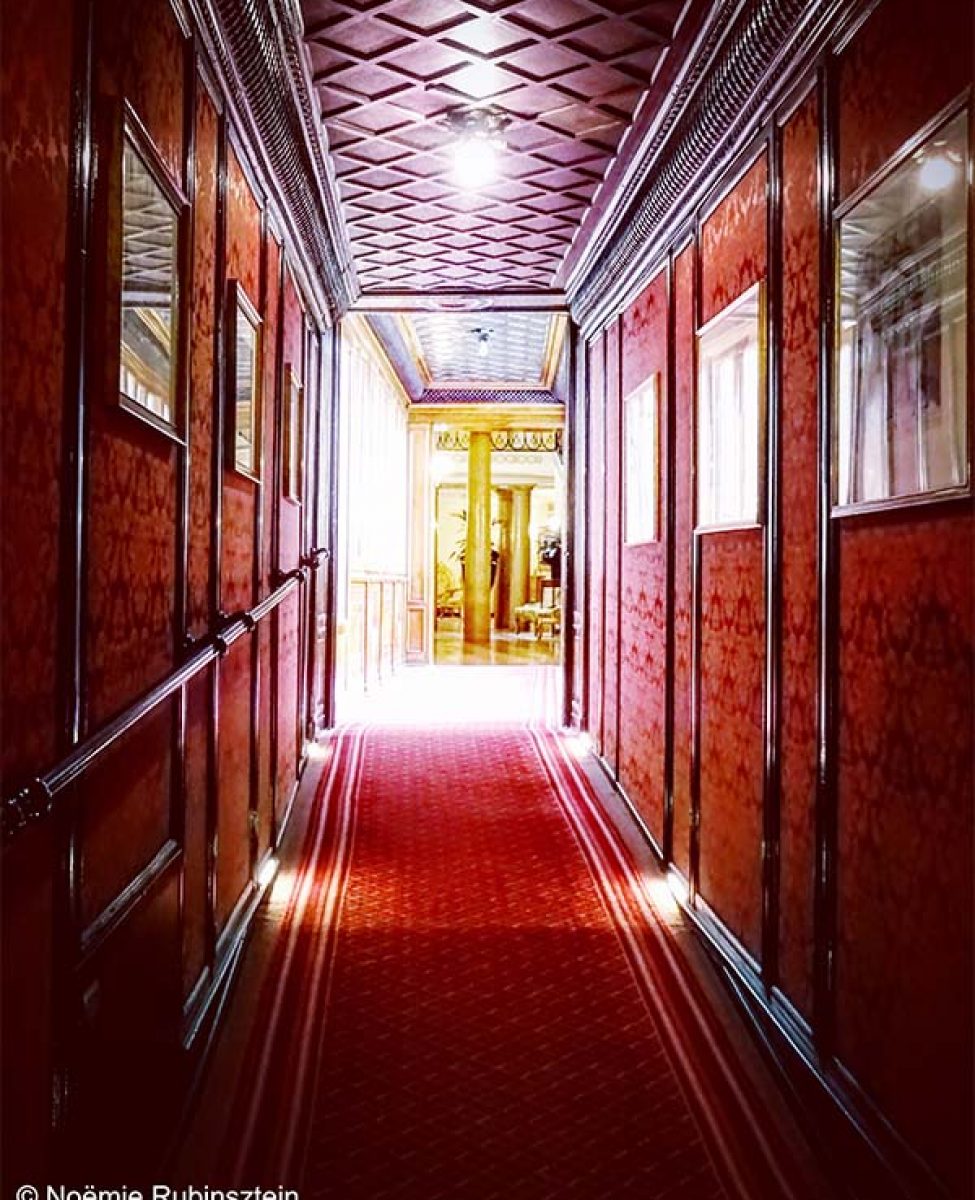 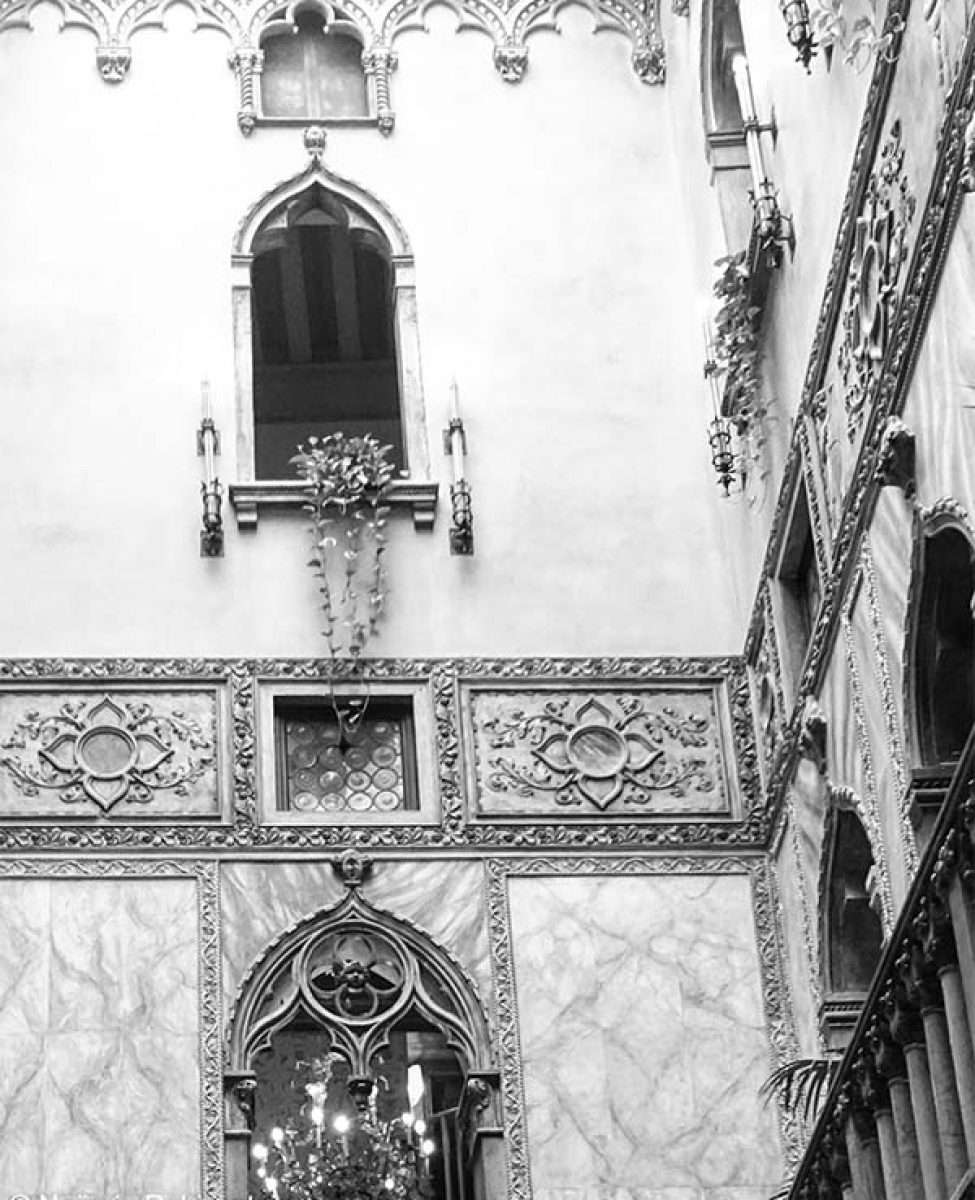 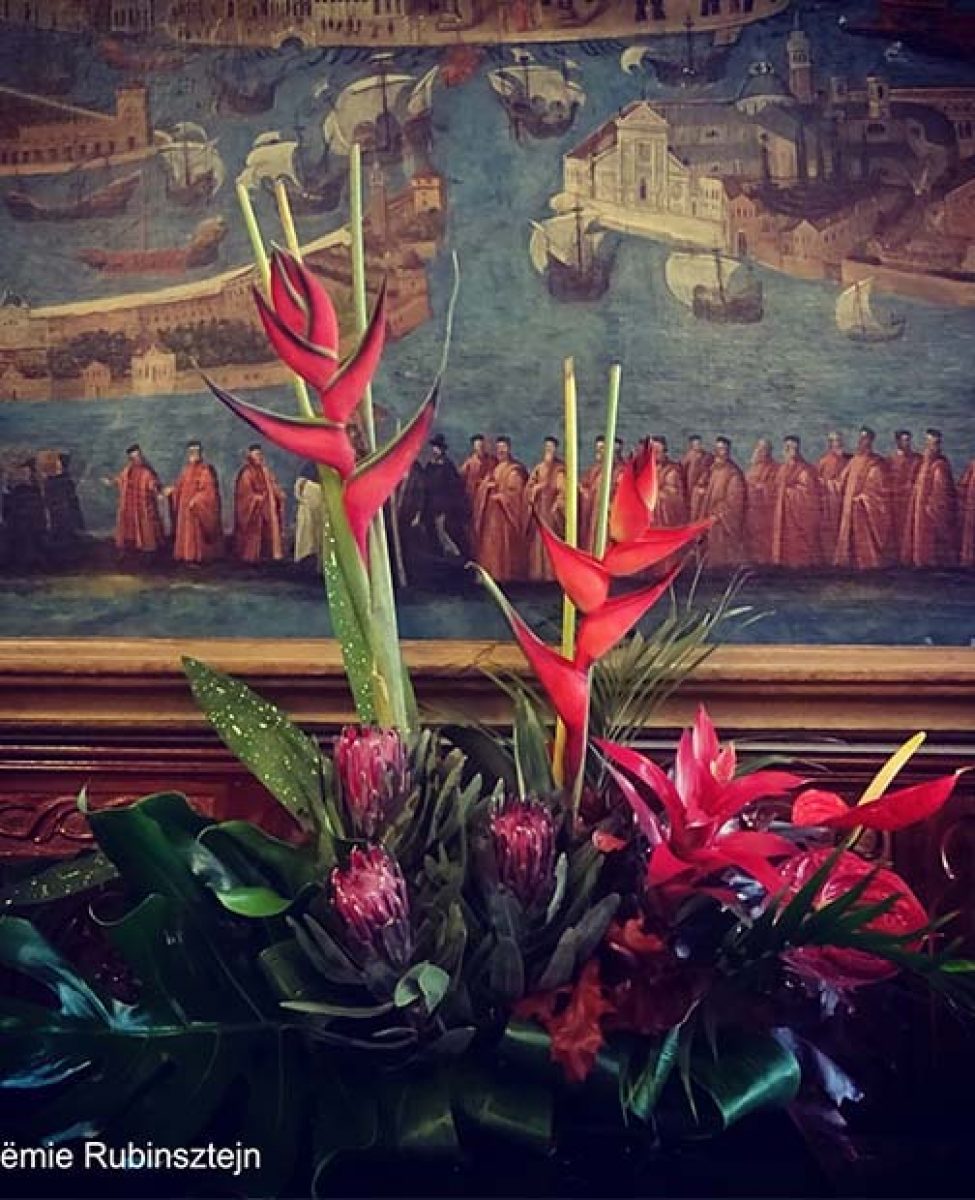 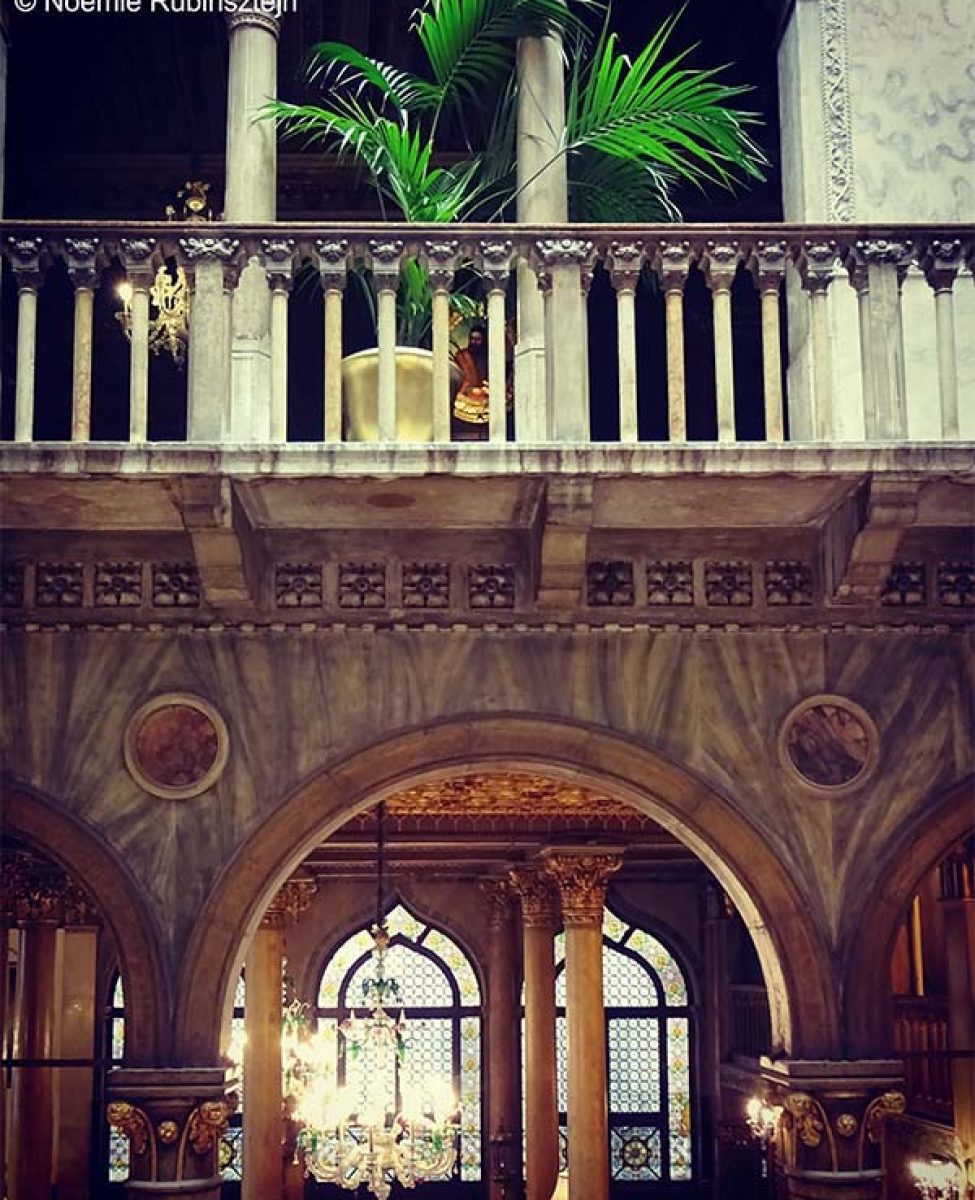 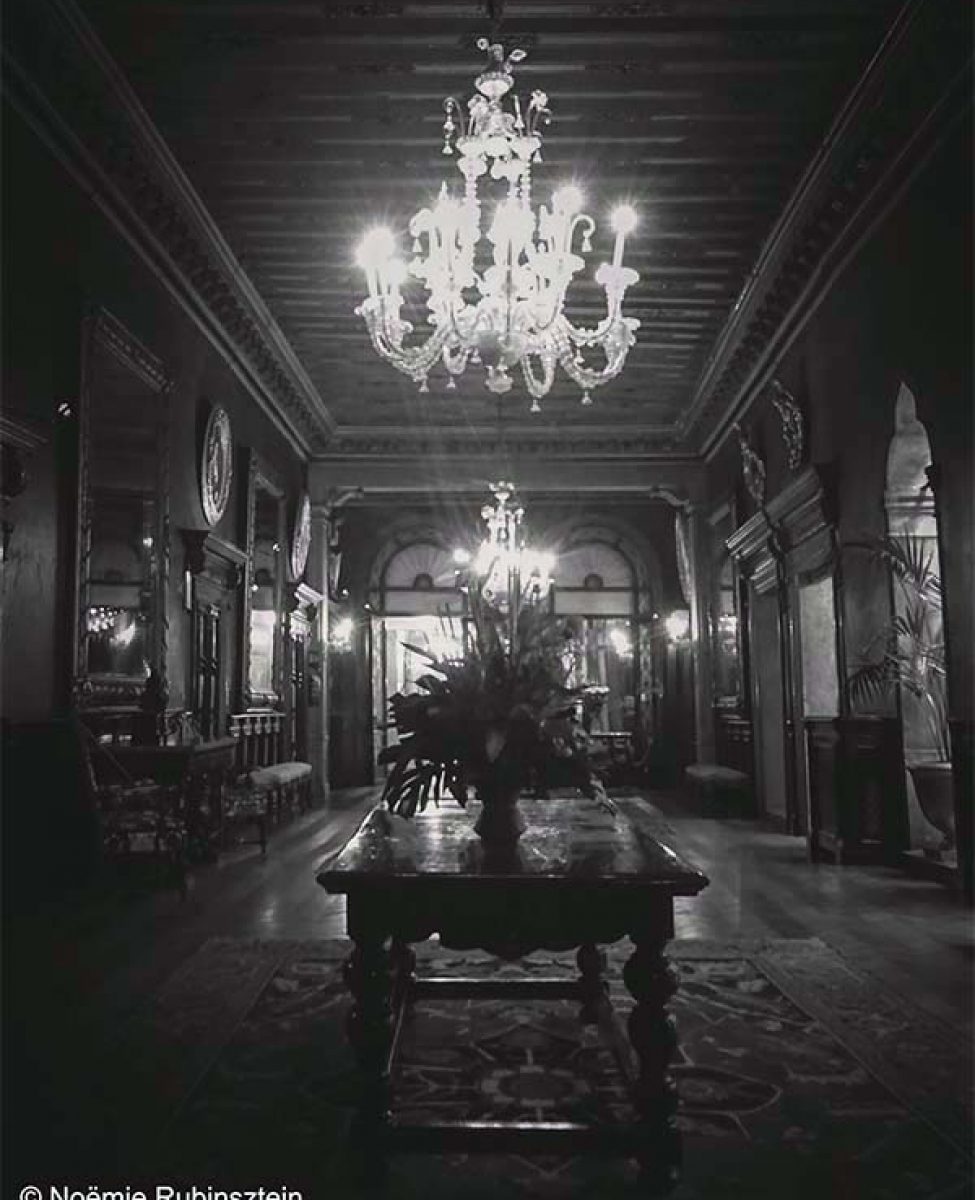